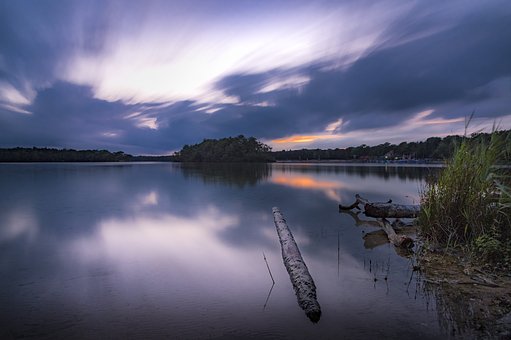 On September 22nd the Sun moves into the sign of Libra, heralding the change of season from Summer to Fall in the Northern Hemisphere. The Equinox is a time when day and night are of equal length and are in balance. This only happens two times during the year, when the Sun moves into Aries or Libra.

All season starting or Cardinal signs, have innate within them a sense of newness and change. And although we have lost much of the cultural significance in terms of the seasons and their connection to the cycles of the earth there is no denying the sense of ‘shifting gears’ we experience at this time.

2012 has been a very tumultuous year, finding balance has been near impossible, even for the most spiritual among us. The major engine for these great shifts of energy and the resultant sense of disequilibrium is the 90 degree square between two of the furthest planets in the solar system, Uranus and Pluto. The last major aspect, before the squares of 2012, of these two transformational powerhouses was back in 1965-66 when they were occupying the same degree of the zodiac. Any person who lived through the 60’s or any student of modern history knows the great cultural shifts that occurred at that time. At that time it was like an explosion of totally new and different ideas that were acted upon. The next phase for these two planets began on June 24th when Pluto and Uranus made the first of their 7 exact 90 degree squares to each other in the cardinal signs of Capricorn and Aries. And just 3 days ago on September 19th the second of the 7 exact squares occurred.

As the Sun moves into Libra it comes into orb (within a certain number of degrees in which we feel the planets influence) of this latest Uranus/Pluto square. It illuminates how the themes of these two planets affect us and our relationship to life in general and to others in specific. The transformational energies of the Uranus, the Great Awakener in Aries the sign of independent and instinctual action and Pluto, the planet of Death and Rebirth in the Power house sign of Capricorn, ruler of things such as banking, big business, and government are clashing in a battle royale. Grassroots (Aries) vs. the Powers that Be (Capricorn) or in more modern terms the 99% (Aries) vs. the 1% (Capricorn) are in a crisis and seem to be working at cross purposes. This is not theoretical it is actual and in real time and we are all feeling it.

As part of a cycle of becoming this is a time to move away from the past and to build new foundational structures to allow us to survive and thrive on planet earth.

One danger of Libra is polarization. And so we will see people taking sides uninterested in compromise of any kind. This as we get closer and closer to a presidential election in the USA in an already pathologically polarized political arena. The Plutocrats, those who rule because they can buy off our elected representatives as well as dump millions and millions of dollars into political races will do their best to polarize the rest of us. Figuring if we spend all our energy on fighting each other we won’t notice they are pick pocketing and enslaving us under mountains of debt. So it is our responsibility to utilize other Libran traits such as awareness and fairness. Instead of separating ourselves from each other by pointing out what divides us, we must become aware of what unites us. Of what is for the common good. There are a whole lot more of us then them and they know it. As we have slept they have enacted laws that erode our civil liberties all in the guise of keeping us safe from terrorism. Yet the sleeping giant has awoke, thanks in part to the alarm clock that is the Pluto/Uranus square.

Besides the Sun reactivating this square it is also in an irritating relationship to the planet Neptune, strongly placed in it’s ruling sign of Pisces. Here we have a sense of knowing what needs to be done to heal the situation, yet not quite being ready for prime time. Many people are not listening no matter how hard we yell or how much we jump up and down. It’s like watching a train wreck and only being able to witness it and help those left that are still breathing once the carnage is over. In part Neptune’s function is to show us that physical reality isn’t the only game in town, that there are higher spiritual reasons for things, yet it doesn’t make it any easier to handle.

A tight square between Mars in Scorpio and Venus in Leo creates a crisis in the way we think about the balance or lack there of, of the feminine and the masculine. Part of the changes that must be included in the new foundations for us to survive and thrive is a re-valuation of the feminine. Notice if you would the platforms of the two parties in the US. Woman’s rights are front and center. It is important for us to understand that if we are ever to have any chance of living a life worth living we are going to have to put woman’s rights on equal footing with the rights of men. And this includes the rights of Mother Earth. It is not the powerful few who get to exploit her resources. The Earth is here for all of her children and so her children need to be here for her. To love her and treat her with respect. To stop poisoning her and acting like we are the only species on the planet. We can’t do this on our own. We need to cooperate with nature, learn from her cycles how to live in harmony with her.

It is important for us to know what is going on without getting so caught up that we become paralyzed by fear or a sense of futility. We are immensely powerful, this is something else we are waking up to. We are co-creative with the Universal forces. We can recreate this world by concentrating on what we want to bring forth. If we concentrate our energies on the building of sustainable structures for our society to be rebuilt upon while healing a wounded planet we can truly create heaven on Earth. We have gotten ourselves into this mess and we can get out of it, but first there are a lot of people who must wake up and wake up they will and wake up they are