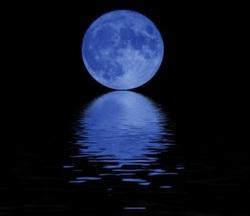 This full moon that occurs on September 19th in the sign of Pisces occurs during a powerful energetic shift in the heavens. Full Moon’s are times of realization and awareness. During the full moon the Sun and Moon are the furthest they can be from each other in the 360 degree circle giving us the best perspective on a situation. The Sun in Virgo illuminates practical steps and the Moon in Pisces reflects emotional understanding and the need for healing forgiveness. This comes amid a time when we are being given an opportunity to ‘reboot’ our reality.

A few days before this new moon we had some important aspects occur. On Monday September 16th, Saturn the planet of the structure of our lives, conjoined the North Node in Scorpio. In astrology the North node is the direction of our collective evolution. This is the seed of creating our future.
The next day Venus conjoined with the North Node seeding our future based on the essential needs of self-worth and relationship in the deeply emotional sign of Scorpio. And the next day on september 18th Venus and Saturn conjoined with each other starting a new cycle of creating the structure of our lives based on our emotional (Scorpio) needs. This yearly cycle is particularly important as it conjoins the North Node, which is our collective evolutionary imperative.

On the other side of this Full Moon, on September 20th Pluto, the ruler of the North Node in Scorpio, stations direct. Whenever the planets furthest out, Uranus, Neptune, Pluto, change direction there is a lot of energy built up because it takes so long for them to change direction. So the stationing of
Pluto has had it’s influence during the week leading up to it’s station. There is a lot of power in this Pluto station, further stressing the point of letting
go of what no longer serves and moving towards something based on our deepest needs.

And lastly on the 21st Pluto makes it’s last waning sextile to Saturn in Scorpio. Pluto and Saturn are mutual reception as Pluto is in the sign of Saturn’s rulership (Capricorn) and Saturn is in the sign of Pluto’s rulership (Scorpio). It’s as if these planets switched there favorite dance partners. There is a flow between these two planets and they are able to dance very well with each other. The dance they dance is one of death and rebirth. The waning
sextile these two planets are in is part of a 36 year cycle that began in 1982 when they were conjoined in the last degrees of Libra. Waning sextiles are
choice points where we have the opportunity to reform our ideas based on our experiences through the cycle (1982- present). These ideas are progressive and take into consideration the common good. The other choice is to hold the status quo, which this astrologer sees as the road to perdition.

So as the Full Moon illuminates the need for healing and practical application in a step by step fashion, we are given the opportunity and the choice to reboot our world and create one in which we want to live.