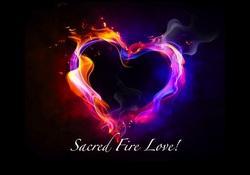 On Wednesday, October 8th eclipse season begins. Eclipses occur exactly 6 months apart, our last series of eclipses happened in April of 2014. Eclipses can only happen when the Sun, Earth and Moon are lined up in the sky. This happens at the nodes of the Moon, the point in space where the ecliptic, the path of the Earth around the Sun crosses with the orbit of the Moon around the earth. This point has been always considered an important and powerful point, despite the fact that it has no mass.

There are two nodes of the Moon and therefore there are two eclipse seasons every year. Eclipses can occur and the South node of the Moon, where the Moon moves south of the ecliptic, or the North Node of the Moon, where the Moon moves north of the ecliptic. The South Node, also called the Dragon’s Tail is where we let go of things that we no longer need because they don’t serve our evolution. The North Node, or Dragon’s Mouth is where we take in new experiences, digest them and move towards evolution.

The eclipse of October 8th is a North Node Eclipse (with The Sun conjoined the North Node of the Moon in Libra).

Full Moon’s are times of awareness, the peak of objectivity. Full Moon’s offer us perspective. With the Sun and Venus and the North Node of the Moon in Libra, cooperation, fairness, working together as equals, mutual respect and affection is highlighted. On the other end of the we have the Moon, Uranus and the South Node in Aries. The Moon is how we react and respond to life. In Aries it is how we react and respond to life on a instinctual level. Having Uranus, the planet of sudden out of no where upsets conjoin the Moon and the South Node, there is a wild card in the mix. The energy of Aries is that of the warrior, action oriented, aggressive, driven by the need to become.

Because the energy of Aries is so primal it is easy to slip into fight or flight mode, when Aries feels insecure or feels as if they are being threatened they generally strike first, and strike hard without premeditation. One way to get the Aries energy to react is to drum up the fear. Yet with this being a full moon we can actually get perspective on this manner of manipulating our most basic urges.

The axis of this Full Moon is being squared by the planet Pluto in Capricorn. Pluto in Capricorn is symbolic of the Powered Few, the 1%, in cultural terms. Squares create crisis and bring movement to the opposition of the Sun and Moon, which on it’s own is more about awareness and balance and not about movement. The manipulation of the powerful by purposely stimulating our survival instinct is very evident in this chart and very evident in the view of the world we are fed via media outlets. Not to say that it’s not a dangerous world, for it very well can be. When people are fearful, they do things they would never consider doing in a more balanced and peaceful environment.

The square of Pluto to the Sun/Moon/Eclipse axis requires us to foster a sense of personal emotional security. To come to the understanding that we are part of a greater family and that the ‘us versus them’ strategy of the last 4-6 thousand years is no longer a viable one if we chose to survive and thrive on this Earth. Being in harmony with each other and with the planet is our only real hope.

This may seem like an insurmountable task, how on earth can we do this when everything seems to be spinning out of control?

Well in comes the wildcard Uranus. Uranus is an energy we cannot control or even prepare for, even on a good day. Uranus is an explosive, unpredictable energy, connected to this Full Moon Lunar Eclipse and to a Grand Fire Trine that is also part of the Eclipse picture. Grand Fire Trines are highly creative, and highly
transformational. The Planets that are part of this trine are Uranus in Aries, Jupiter in Leo, and Mars in Sagittarius. Fire is symbolic of Spirit and of our Intuitive Function, meaning spirit is talking to us and if we use our intuition we can hear it. We have the opportunity to tap into direct contact with spirit at this time.

Because eclipses are so unpredictable and because Uranus, the most unpredictable planet is part of the eclipse picture, there is not much we can ’do’ during this time, actions can take on totally unforeseen consequences, no matter how certain that what you are doing is right. So what do we do?.

The ruling planet of this eclipse is Venus, The planet of Love. Venus is in Libra, a sign in which she is both very comfortable and very powerful. Venus is also conjoined the North Node, and this being a North Node eclipse season, she points to the direction of our collective evolution. Simply put, Venus reminds us to love one another. So it’s not so much about doing at this time, it’s about loving. So open your hearts to each other and tap into the great transformational energy available to us and miracles will happen!