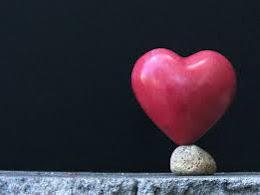 On Wednesday, March 23rd the second eclipse of this winter/spring eclipse season will occur. This is a lunar eclipse at 4 degrees of Libra. Lunar eclipses are Full Moons on steroids. All the energy we experience when the Moon is full is amplified as the electromagnetic field of the Earth is ‘rebooted’.

This eclipse is a natural time for things to come to a head, especially in relationships. There is powerful energies afoot as the South Node of the Moon, the side of the Lunar axis being activated in this seasons eclipse, is stacked with planetary bodies in Pisces.

South node eclipses are about releasing that which no longer serves our evolution. Some things we may be aware of and others not so much. On the more negative side, Pisces (the sign of the South Node) is the archetype associated with escapism, illusion, delusion, martyrdom and victim/victimizer consciousness. We have the opportunity to release these outmoded ways of being, relating and acting.

Releasing these mental/emotional constructs while embracing the positive attributes of Pisces such as unconditional love and acceptance and surrender to the higher power is a powerful way to actualize this eclipse.

Along with the eclipse there are other important planetary relationships coming to a head. Most notably an exact square between Jupiter and Saturn. Squares create crisis, and this square is a crisis in the what we believe. We no longer believe those in authority, as we can plainly see that they have their own best interests at heart and are intent on keeping the Status Quo. Unfortunately for them this is the time in this cycle of the Status Quo to become Status No!

The cycle between Jupiter and Saturn is a 20 year cycle associated with shifts how society functions. This most recent cycle began back in 2000 when these two planets conjoined at 23 degrees of Taurus. Taurus is about resources and resourcefulness, as well as self-worth and money. We have seen many changes since 2000 in the way we live, in what is important to us and what is essential in our lives. This point in the cycle requires us to question authority and start the process of individuation, becoming our own greatest resource and sharing those resources with the collective. With 1% of the people having more than 50% of the wealth, something has got to give and we are poised for this shift.

We are no longer on the precipice of change we are in the middle of it. What direction we take will determine how much easier or how much harder the next 10 years will be. The next decade promises to be even more active than this one, if you can believe it. If we make good choices now, instead of having it ‘all fall down’ we can take the necessary steps and build something new and worthy while the old and outworn tumbles down.

Together we can make the change and have it be a change for the better!