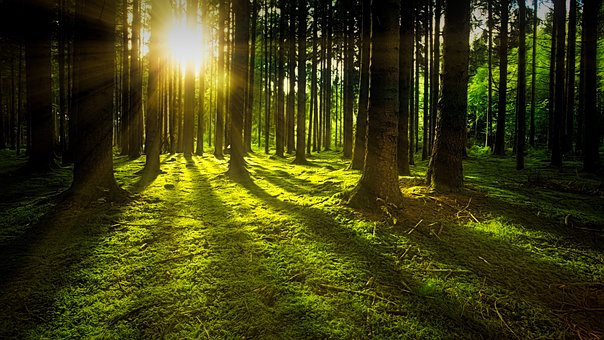 Since the New Moon in Aries on April 10th, I’ve been considering writing an article on the upcoming eclipse season that starts with Thursday’s Full Moon Lunar Eclipse in Scorpio and continues over the next month. These eclipses are on the South Node of the Moon which is currently in Taurus. There are three South Node Eclipses this season, two lunar and one solar.

For those who haven’t read my New Moon in Aries article, reading it will elucidate some of the questions you may be posing to yourself. The main one I imagine being asked, especially here in Massachusetts, is : “What the bleep* is going on?”

Last week, two homemade bombs were exploded at the finish line of the running of the 117th annual Boston Marathon. It was also Patriot’s Day in Massachusetts. Patriot’s Day is a state holiday that commemorates the start of the Revolutionary War. In 1775 the first battle of our fight for independence started at the Battles of Lexington and Concord. The ‘shots heard ’round the world, were the shots fired on that fateful day.

Fast forward some 238 years and we find ourselves hearing a different sort of shot, and thanks to the Internet and our interconnectedness via massive media outlets, this shot has been literally heard around the world, with no less that a 5 second delay.

Without passing moral judgments and taking into consideration that we do not have the whole story and sadly may never have it, looking at the symbolic significance of this event occurring at this time with the current astrological/energetic set up.

The New Moon in Aries was an explosive one. The Sabian Symbol for that New Moon, was “A Pugilist enters the ring”. According to Dayne Rudhyar, the keynote for that image was: “the release and glorification of social aggressiveness.” What strikes me about this is that the older brother bomber was in fact a boxer.

For whatever reason these two individuals decided to commit a ‘terrorist act’, these type of acts are generally done in situations where those who are powerless, want to disrupt the power structure. The response was quick and massive, shutting down whole swaths of the Greater Boston area and for all intents and purposes imprisoning residents in their own homes. Another description of this would be Marshall Law. This was done for residents own safety and luckily no one else was injured, at least not physically. What forced armed searches will do psychically and psychologically to people is yet to be determined.

When we look at the cycle of the Moon, also called the Lunation Cycle, the New Moon is the seed time or beginning. The energy is instinctual and totally unselfconscious, it really isn’t until we reach the Full Moon portion that we can get perspective on what has been planted. We will have an opportunity to do this on the Full Moon and because this Full Moon is also a Lunar Eclipse it has a lot of power. The realizations we come to will be profound and transformational for our world.

There is another overlay to the significance of this eclipse in that it is a South Node eclipse. The South Node of the Moon is the point of release, it is about letting go of the past, of habitual responses to things, and release of ‘personas’ or how we choose to portray ourselves, that no longer serve our evolution. Evolution in this perspective is predicated on the idea of moving towards oneness and unity and releasing the idea of separation.

Eclipses of the South Node are opportunities to let go of what no longer serves. Looking at the sign the South node is in gives us a clue as to what we are being asked to release. The South Node at this time is in the sign of Taurus. Lunar nodes are always exactly opposite each other, so the North Node, the direction of our collective evolution is in Scorpio. The Taurus/Scorpio axis is the axis of life and death.

Taurus loves peace, it wants guarantees especially around it’s essential needs and it’s possessions. As a fixed earth sign it can be very stubborn and hard to move. Inertia is Taurus’ biggest enemy, comfort it’s prime directive. There’s a simplicity around Taurus that in it’s more negative expression is one of mental dullness. “I don’t care what’s going on out there, as long as I’m OK in my own domain.” Taurus can also be stingy, especially when threatened.

Can we see any of these attributes in our lives, in our collective consciousness that need to be reviewed at let go of?

To further stress the life ad death implications of this eclipse we have Mars conjoining the Sun in Taurus and Saturn conjoining the Moon in Scorpio. Mars is the planet of aggression and Saturn the rule maker.

There are many ways to interpret a chart, much depends of your point of view and the intention of the astrologer. My point of view is one of using astrology as a tool of self understanding and understanding of the challenges and opportunities we face. My intention is to find the healing thread, what a chart points to as a way to heal a situation. Healing doesn’t necessarily mean to make it ‘all better’, but to make it more whole.

We again find ourselves at an evolutionary cross road. There are no guarantees in life, except perhaps that you create the life you envision. Feelings of powerlessness feed the reality of victimization. Holding onto things and not opening our hearts to each other creates a world were a promising young man can place a bomb next to a child and walk away. How spiritually, emotionally or physically disenfranchised would someone have to be? And what of those who feel the only way to be heard is through killing and maiming. And what of us in the ‘civilized world” who drop bombs on villages from unmanned drones?

We are trapped in the illusion of separation. When those two brothers decided to do what they allegedly did, they were holding up a mirror to us all. And in that mirror we see our shadow, the unclaimed, unloved part of ourselves. Our own victimization, our own rage, our own heartache. We are them and they are us. We are all one and ultimately want the same thing. We all want a chance to express ourselves, to be, to love and be loved and to live.