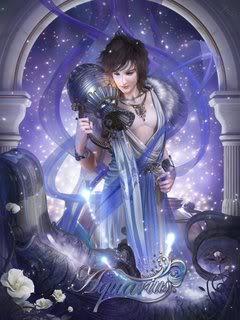 The New Moon in Aquarius actually happens on January 30th, yet it’s energy fills the month of February, cresting at the Full Moon on February 14th.

New Moons are seed times, the start of a new cycle of manifestation. The New Moon in Aquarius always coincides with the start of the Chinese New Year. The Year 2014 is the Year of the Wood Horse. Each year has an animal and an element it is associated with. Twelve signs X 5 Elements = a sixty year cycle. The element of Wood is the element associated with new growth and it’s color is green, the color most often associated with the heart chakra. The Horse, in many cultures, is a symbol of power and mobility. All these qualities are seen in the year 2014, whether we look to Chinese Astrology, Modern Astrology or the Kabbalah.

This New Moon occurs at 11 degrees of Aquarius. Aquarius is the sign of the common good and so on this New Moon we can plant the seeds for a more just and equitable life. This needs to be foster on the macro, cultural level,and on the micro, personal level. It is in our personal lives that we can have the most effect on and as a consequence effect the larger whole. This is a lesson we take from the polarity point of Aquarius, Leo. Yet too much focus on the personal creates blind spots, hence we need the objectivity and perspective Aquarius affords us.

The chart for the New Moon has 2 major aspect patterns, a Cardinal T-square and a Finger of God, or Yod pattern. The Cardinal T-square creates energy for change. Within this T-square we find Jupiter in Cancer in an opposition to Pluto in Capricorn. This gives us awareness of the structures of power in our world and our emotional relationship to them. Uranus in Aries squares both Pluto and Jupiter and is catalyzing us to take action to free ourselves from those relationships to power that keep us from being who we truly are. Part of that journey requires us to let go of the conditioning that we received as children raised in a culture where being different and thinking for yourself was feared and ostracized.

The Yod pattern actually contains the New Moon as part of it’s configuration. In a Yod there are two points that have flowing opportunistic energy between them and a third point that creates crisis and a lot of irritation. Yet it is the third point, the tip of the Finger of God that must be dealt with.

The Sun and Moon in Aquarius makes an opportunistic sextile to Uranus in Aries. This is a waning sextile, one in where we have the opportunity to reformulate our way of thinking into a much more progressive one. This type of sextile actually has an Aquarius flavor to it, even if there were no planets in Aquarius. Yet there is, making this very potent indeed.

The third point of this stressful configuration is actually the asteroid Pallas Athene, in the sign of Virgo. In Mythology, Pallas Athena was the goddess of War, yet it was not brute force that won ‘wars’ for Athena, but strategy! In Virgo there is the need for duty and discernment and practical application in order to ‘fix’ the problems. Ultimately Virgo wants to heal the situation in a very hands on and thorough manner. This yod requires us to make sure that our best intentions of fairness and equality for all is not just a grand ideal, but a true down to earth reality that is going to take lots of WORK!

We are in the midst of great change that will take lots of ideas, heart and hard work. It starts with each one of us finding our own sense of worth while working to make this world a better one for everyone. We can do this, it will take some sweat, a few tears and lots of LOVE.