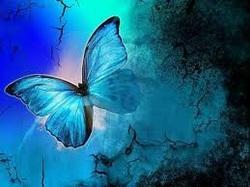 There are times in our life that we feel as if we are on the edge of something, not really sure of what lies ahead, yet sure that the we can no longer look to the past for answers . One of my teachers, John Demartini, taught me that evolution occurs as the border of chaos and order. We are at that border, just look around, or better yet, feel around. What is it you see and feel?

On February 18th there is a New Moon at the very last degree of Aquarius, that is 29 degrees 59 minutes of Aquarius and seconds after that New Moon both the Sun and Moon shift into the next sign of Pisces. This is very rare, I’ve never seen this before and I’ve heard from other astrologers who have been doing this much longer than me, that they have never seen this either.

Now lunation cycles (the relationship between the Sun and Moon) are relatively short lived cycles, so perhaps this is not as ground shaking as all that, except we are at the precipice of the great unknown. How so? Well, Pisces is the sign of the great unknown first off, yet on a grander scale we are less than a month away from the Last of the 7 Pluto/Uranus first quarter squares, that have been disrupting the status quo since 2012.

These squares are part of a long term cycle that had it’s origins in the mid 60’s when these two transformational heavy weights conjoined in the sign of Virgo three times between 1965 and 1966. Now 50 years later we find ourselves at the crisis point concerning what seeds were planted at that time.

Those initial stirrings changed everything. Evidence if you would, using America as an example, the shift in culture from 1960 to 1969. It was an instinctual seemingly out of no where and spontaneous shift. The next stage of this journey is going to have to take action and that is what the 7 Pluto/Uranus squares are requiring us to do. We are breaking free from the ghosts of the past, working towards survival and eventual ‘thrival’. Growing those seeds planted in the 60’s; the seeds of the Civil rights movement, the Woman’s movement, the organic movement, the natural health movement, The Anti-war movement and buying on credit just to name a few. So what things do we keep, what do we change and release and how do we build for the future? These are the questions we face for the next decade or so.

The Sabian Symbol for the last degree of Aquarius is: A field of Ardath in bloom: Deeply rooted in the past of a very ancient culture, a spiritual brotherhood in which many individual minds are merged into the glowing light o of a unanimous consciousness, is revealed to one who has emerged successfully from his metamorphosis. The Keynote: The ability for the person with an open mind and a deep feeling for self-transcendence to come in contact with higher forms of existence.

This symbol talks of a person who is open to the guidance of a very ancient ‘soul group’ where many minds converge to shed light. In the 1965-1966 the seed was planted, yet it wasn’t until 1967-68 and into the early 70’s that the real battles begun. Over the next few years, well into 2020 we will be rebuilding our world, Opening to the Ageless Wisdom, Universal Laws and Principles and Natural Law (the Law of Nature) is the light that will lead us forward. We are already in the process and things will only get faster and more intense from here. This New Moon is the quickening and the powerful potential of what our world can be. Co-create consciously, focus on what we want to see, become the peace within the storm and when the winds have stopped blowing, we will find ourselves ensconced in what we have chosen to focus upon.