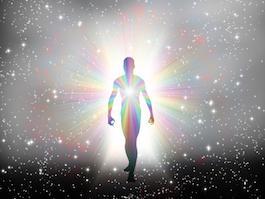 On July 4th there is a New Moon in the sign of Cancer. When we have New Moons the Sun and Moon are found at the same degree of a sign. This New Moon occurs at the 13th degree of Cancer. Besides the Sun and Moon, Mercury and Venus are also in Cancer, giving us quite the Cancer line-up, so one thing for sure, this will be a very emotionally sensitive time for us all. Cancer, the sign of the crab is first and foremost a water sign, meaning that it works through our emotional body. As the first water sign of the zodiac it is within this archetype that we learn about feelings. It’s not unusual for a Cancer not to know what their feelings are all about. They need time to take them in and digest their meaning. So we may be flooded with feelings at this New Moon that we don’t yet understand. Take the time to digest your emotions, and give others the same courtesy.

Cancer is concerned with security of all kinds, but especially emotional security. In the chart for this New Moon, Pluto is in an opposition to the all the planets in Cancer. Pluto represents many things, powers greater than ourselves, death and rebirth, transformation and as well as our unconscious desires. In Capricorn we are dealing with the structure of our society, in the guise of government, banking, and large institutions of all stripes both secular and religious. Pluto has a way of bringing all that is rotten to the surface to be exposed to the light. A necessary evolutionary step, but one that does not engender any sense of security.
As humans we have built many of these institutions to create security in our lives, yet as with all systems, the reason for the system’s existence becomes secondary to the perpetuation of the system and that which was their to keep order begins to imprison us. And if that sounds a tad conspiratorial to you, the reality that we outgrow even the best of systems is also a fact we live with. The only constant is Change and things are certainly changing.

With Pluto opposition the all the Cancer placements we come face to face with this fact. So if you are feeling a sick feeling in the pit of your stomach (Cancer rules the stomach) then you are not alone. We are all being faced with the realization that all of the systems that we have come to know as unchangeable are in fact changing. Pluto isn’t just about total destruction it is also about rebirth. Pluto is in Capricorn from 2008 to 2024 so this transformation is not over for quite a while. Plenty of time to build new structures that reflect our growing understanding of ourselves and our innate power of manifestation.

New Moons are times to plant seeds for a new way of being. In Cancer it is about finding new ways of fostering emotional security within this transformational fire storm. We are not left adrift in this storm however, there is help. Neptune, the planet of Source Energy is trine this New Moon, meaning we have direct connection Source and to the awesome power of Imagination.

Imagination is the red headed step child to reason, often overlooked and maligned, yet just as powerful. Imagination is a feminine power, based on our feelings and our ability to connect with our intuitive faculties. We can imagine a better world and it can be everything we want it to be. Yet those whose power is on the wane, will not give up with a fight, and they have a very powerful weapon on their side, Fear. Yet it is only powerful if we allow it to harness the power of our imaginations. Those in power know how powerful imagination is, that’s why they fill our heads with stories of fear and loathing. Imagine if we no longer agreed to this contract and began instead to focus on love and brotherhood? What kind of world could we build?

There is another powerful planetary configuration worth mentioning in this New Moon chart. A mutable t-square with Jupiter, Saturn and Neptune is as tight as it will be all year. A tight planetary pattern gives it more intensity. The gist of this t-square (two planets in opposition to one another (Jupiter and Neptune) squared by a third planet (Saturn) is a that of a spiritual crisis in belief. Frankly we no longer believe what we are told and we are handing the Kool Aid back to its purveyors. We are starting to think for ourselves and moving toward a more inclusive and progressive mindset. And this is not pie in the sky socialist agendas we are talking about here, we are talking about the natural cycles between planets. The two social planets, Jupiter and Saturn which determines how society grows and developes is at a crisis point as is the cycle between Saturn the structure of our reality and Neptune the dissolver of structures. This Saturn/Neptune cycle began in 1989 when these two planets conjoined in Capricorn seeding the spiritualization of matter . Another potent omen that the structure of life as we know it is shifting.

In this time of transformation much light is being expressed and not unlike your shadow on a cloudy day, once the Sun comes out the shadow only becomes darker. And we get to stand within this light aware of the shadow we cast. Focus is our friend, if we choose to focus on making this world a move loving place. The Old Guard is destined to fall and the feminine is rising, the world will change, how much pain we have to endure is up to us.

Plant seeds of love on this New Moon for even the smallest light diminishes the darkness and if we all shine our little piece of the Divine spark we can truly change this hell on earth, into heaven on earth.