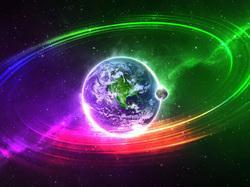 New Moon in Cancer: The Rebirth of Humanity

Each Month the Sun and Moon come together in the sign of the Sun planting an intention relating to that sign. On July 8th we have a New Moon in Cancer at 16 degrees 18 minutes. Cancer is the sign associated with nurturing, family, mother, emotional self-reliance and our ever changing self-awareness. Cancer’s ruling planet is the Moon, the fastest moving object looked at in astrology. The Moon is not an official planet, it is actually a satellite of Earth and is most precisely referred to as a luminary. The Moon has no light of it’s own, but reflects the light of the Sun in an ever changing dance of waxing and waning. Because the Moon is the ruling planet of Cancer, a new Moon in Cancer is an especially powerful time in relation to New Moons.

Cancer’s energy is feminine/yin in nature and being a water sign, emotional. In the chart for this New Moon we find the Sun/Moon conjoined Mercury retrograde in Cancer, trine the North Node of the Moon in Scorpio and trine Chiron retrograde in Pisces. This creates a Grand Water Trine (GWT) connected to the New Moon.

This New Moon is also connected to the continuing pressure of the Pluto/Uranus first quarter square that has 7 exact contacts over the next few years (2012-2015). Pluto in Capricorn opposes this New Moon and sextiles The North Node and Chiron, creating a kite formation which activates this Grand Trine. And Uranus in Aries further activates this GWT through a crisis producing square.

The North Node of the Moon, points in the direction of the evolution of our collective ego’s. In Scorpio we are being required to face our limitations through confrontation. Yet the confrontation, although often seen in the guise of the ‘enemy’, is really a confrontation of our shadow selves. The parts of us that we cannot bear to own and generally through the process of projection pin on someone, or something else. It’s very easy to point fingers and say, that person, organization, government, country, or negative being (fill in the blank: demon, Satan, infidel, Lizzie, Grey, etc) is the problem. Yet our growing realization and awakening that we are all connected to Source (again, fill in the blank: God/Goddess, Source, Great-Spirit, All that Is) logically and intuitively points that we are the light and the shadow. We are at an evolutionary cross road that requires us to embrace the dark and bring it into the light for healing. Reconnecting all parts of us into the whole.

Mercury retrograde in a conjunction with this New Moon reminds us that we need to open to our own inner promptings, especially when it concerns our feelings. Getting to the bottom of why we feel as we do and being wiling to review, reconsider, reformulate, and renew our emotions. Holding onto the past is not an option. Understanding the past as a step in our evolution of self understanding is.

Chiron retrograde in Pisces also requires review. Chiron symbolizes our wounded-ness. In Pisces it is the wound of ultimate abandonment, abandonment from God/Source itself. Separation from Source is a necessity of coming into Manifestation, or so it seems. The idea of separation is merely that, an idea. If we look within our hearts we will come to know that there is no separation, that separation is an illusion.

The theme of victimization is also one we see with Chiron in Pisces. This is a idea, that no longer holds water (Pun intended). The label of Victimization is a choice, as is the label of Victimizer. No one can victimize us without our permission. There is always a choice. Not to say that there aren’t situations that we find ourselves in, where we face powers greater than self, or are caught up in a collective sweep of circumstance. How we frame the experience is up to each individual and there in lies the power of choice.

The opposition of Pluto to the New Moon, brings an awareness of our relationship to power. Do we look within ourselves for authority? or do we look without? Pluto’s sojourn through Capricorn, as the edge of the Collective Soul’s evolution, requires us to mature and realize that we have within us the power of co-creation while Uranus in Aries squares the New Moon creating crisis that forces us to let go of the past and create the future in the present moment.

Besides the Grand Water Trine we see with the New Moon, there is also another Grand Water Trine within just a few degrees of each other. This Trine is made up of Jupiter in Cancer, Neptune in Pisces and Saturn in Scorpio. This trine is a relatively long lasting trine where we have access to both creative self-expression and understanding. Society’s level of understanding and evolution is directly linked to each individuals evolution. For it is Spirit’s yearning to know itself through us that powers the engine of evolution. With this Grand Water Trine, we also have an opportunity to heal issues around the historically unfair treatment of the many by the few.

Lastly, Saturn in Scorpio is actually stationing direct on the day of the New Moon and starts to move forward a few hours later. Whenever a planet stations (stands still) to change direction, it produces a lot of power. Saturn is about what works, in Scorpio we are dealing with our shared resources. The time of the few lording over the many is quickly coming to an end as power structures based on the old paradigm of “power over” is replaced by a new paradigm of imminence.

We hold within each of us the power of the universe, yet we can only tap into that power if we cooperate and reunite. We are already there on higher levels of expression, it’s just that now we are waking up to the unreality of our reality and the truth of our being-ness.