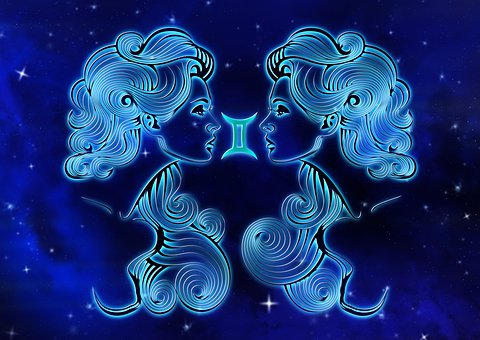 On occasion when New Moons are at the beginning of a sign, as the last New Moon was at 1 degree of Gemini , there are actually two New Moons in the sign. This is the case with this latest New Moon on June 19th which occurs at 29 degrees of Gemini.

New Moons are seed times and the last one at 1 degree of Gemini was also a solar eclipse. That particular New Moon was more about starting the process of releasing ideas that were outmoded, that no longer serve the evolution of the self and the planet. Between that New Moon on the 20th of May and this New Moon on the 19th of June, we have been re-evaluating many of our long cherished ideas about what is important to us and worth our time, and what is not.

Venus the planet of Love which deals with both our essential needs and our need to relate has been moving retrograde in Gemini the whole time (having gone retrograde back on May 15th). Retrogression (the apparent backward movement of a planet from our vantage point on earth) is a time of re-evaluation. Astronomically when a planet is retrograde the are actually closer to the earth than when they are not. So our values, our needs and our relationships have been at the forefront of our minds. There was also something very unique about the time between these New Moons in Gemini and it also has to do with Venus. On June 5th Venus moved across the face of the Sun, this is called a Venus occultation. This only occurs twice every century or so. Both times it occurs it happens within 8 years of each other. So the first occultation of Venus was in 2004 and this last one was just a few weeks ago. This will not happen again until 2117.

The Mayans said that when Venus conjoins with the Sun she disappears from the sky and descends into hell. Venus disappeared from the evening sky on May 30th and was ‘reborn’ as the morning star on June 14th. The symbolism inherent in this is the death of the old and the birth of the new. If we look at our lives over the last few weeks we can certainly find this theme very prominently. I dare say if we try to relate in the same old way we will begin to feel uneasy and what worked in the past will not work now.

The death and rebirth of Venus is also symbolic of the rebirth of the feminine. During the first decade of the 21st century especially after 9/11 the woman’s movement and the power of the feminine was overshadowed by the more male war-mongering side of our nature. As first world countries waged war on countries where woman’s rights were severely limited the voice of the feminine was lost. I remember a male acquaintance making the comment that he thought I might be “for” the War in Iraq because of how terribly they treated their women. ‘War never improves the lives of woman and children.” was my reply.

We are on the precipice of great change, as the structure of society shifts right beneath our feet. 6500 years of patriarchal dominance is quite enough. And the last 2000 years of religious and social conditioning that has created a hierarchal structure where the few control the lives of the many is against the Laws of Nature. We can no longer live the way we do; as if tomorrow will never come. Using up our resources and raping Mother Earth in the process. ‘Fracting’ for oil and gas, deep water drilling for oil, nuclear energy, environmental pollution, being in state of constant war while so many are dying of starvation and for the lack of the basics is a sin against nature and a death sentence for our children, our children’s children, and our children’s children’s children. Native cultures say that in the decisions we make today, we must consider how it will affect 7 generations from now.

We are waking up from this nightmare we have co-created, some consciously (the ruling elite, if I may borrow a term from my conspiracy-minded friends) but mostly unconsciously as we spend all our time thinking about what we fear instead of what we love. We love our family, our children, our friends, the earth beneath our feet, our health, our pets, why are we not choosing from that place?

This New Moon in Gemini asks us to plant the seeds to think differently, to think from our hearts and love with our minds (Venus in Gemini). For the divine feminine to awaken in all of us, to find balance and stop this culture of death we find ourselves in. We can do this, yet we must do this together. Find the commonality of being human. Join with the human family and all the creatures that share this beautiful blue marble in the sky. This is it folks, do or die, it ‘s our choice.