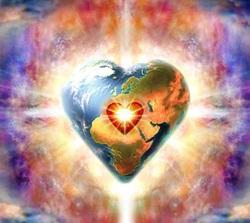 There is a New Moon in Leo on Saturday, July 26th at 6:42 PM EDT. A New Moon signals a time of beginnings. What kind of beginning is determined by the sign of the New Moon, and how it may manifest, is determined by the interrelationships between the New Moon and the other planets in the chart. Leo is the sign of creative self-expression, leadership, generosity, fun, luck, children and drama. Ruled by the Sun, there is a sense of being at the center of your creative universe.

Today’s New Moon occurs in 4 degrees of Leo and is in a close conjunction to Jupiter in Leo at 3 degrees. Jupiter just moved into the sign of the Lion back on July 16th after a year long journey through Cancer. Jupiter always makes things bigger, so this New Moon is a big deal. There is also a square to Mars in Scorpio to this New Moon. Mars has just moved into Scorpio yesterday, July 25th, after 8 LONG months in Libra. Mars prefers to act instinctually, without forethought, but in Libra Mars was forced to act in a considered manner. So that now that Mars is out of Libra and has moved into a sign in really enjoys being in, (Mars was the classical ruler of Scorpio before the discovery of Pluto) to say Mars is raring to go is an understatement. The geometrical relationship between Mars and the New Moon is an applying square, there is a lot of energy to do things differently in an attempt to escape the ghosts of the past. We can sense this in world events, as actions taken that were once accepted as reasonable , strike us as archaic and unnecessary.

This can also be seen in Venus’ opposition to Pluto in this chart. Awareness around how those in power, Pluto in Capricorn, treat women and children (Venus in Cancer). As well as Uranus inconjunct Saturn which requires emotional adjustments to be made to make room for progressive thoughts, as the old rules of separation make room for the New Paradigm.

In the world at large we will see both the positive and negative expressions of these aspects. We can see leaders drunk with a sense of their own self-importance make power grabs, creating much havoc and suffering. We could also see people standing up against tyranny, while others simply doing their best to connect with a sense of inner love.

Finding what brings you joy is one of the most powerful things we can do as individuals during this New Moon. As Leo is the sign of children, we can connect with the inner child within us. Come to love and nurture that child. In doing so we come to accept ourselves, and as a result of self acceptance we accept others. This is the path to wholeness, peace and true leadership based on Love.

When we look at the world around us, embroiled in all manner of suffering, it can be difficult to access joy, yet that is the key to the kingdom. If we can turn our backs on those things that separate us, and turn our heart to that which unites us, we can make huge changes in our world, one act of joy at at time!