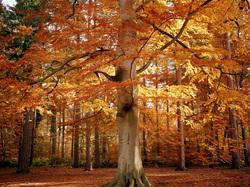 The Degree of this New Moon 2 degrees of Libra has an interesting image associated with it. There is a system of symbols called The Sabian Symbols, in which each degree of the zodiac has a specific image. It is not the only system of symbols, yet it is the most popular and has in the past has proven quite prophetic.

The symbol for 2 degrees of Libra is as follows: “The Light of the Sixth Race Transmuted to the Seventh”. This symbol is at first confusing, and obscure yet even without having studied any of the Esoteric Wisdom literature we can sense that we are moving up some sort of ‘level’. In more current terms we could call it vibrating at a higher level or Ascension.

The breakthrough to higher levels of consciousness occurs in the pattern of concentric circles. Our experiences in life become the basis of our reality until something happens to shake us and we are propelled to a higher or larger circle. The process of breakthrough can be painful, confusing, scary & disorienting. In each moment we have the choice of how and if to proceed. Once in a larger or higher circle we have both perspective on our previous circle (what our life was) yet no real idea of where we are at. We have yet to figure out how to be or move through this higher reality.

As a planet we have been going through numerous shifts in our reality. Astrologically we connect this to the interaction between Uranus and Pluto, along with Neptune, the Great Dissolver being in Pisces, the sign of Unity Consciousness. The combination of these Transpersonal (beyond the personal) planetary activity has shaken the very foundations of our world, leaving us somewhat adrift and searching for answers.

There is a higher order to the Universe, seen in Natural Law, or the Law of Nature. As above, so below; as you sow, so shall you reap; everything in balance. To quote just a few. It is Natural Law that we need to access to figure out our next step. Living in alignment with the planet, instead of the idea of dominion over the planet. This is the idea of Immanence versus Power Over. A great book that talks about this very thing is Starhawk’s seminal work Dreaming the Dark for anyone interested.

We are surely at a tipping point in our evolution. Interesting that the symbol for Libra is the Scales. In Egyptian mythology it is the Goddess Maat that holds the scales on ‘Judgment Day’ and measures a person’s heart against a feather. Is your heart heavy with guilt, sadness, anger, hate, regret? How would your heart measure up?

We have the power to change our world and that power is within each of us and the name of that power is Love. Jesus tried to tell us before the powers-that-be usurped his message to keep their dominion. Yet in truth, they couldn’t have taken the power unless we let them, or we where unaware that there was a choice. Well the scales are falling from our eyes people. Now we have no one to blame, we are ‘growing up’ on all levels, spiritually, emotionally, mentally and physically and it is our world to make. Choose well.