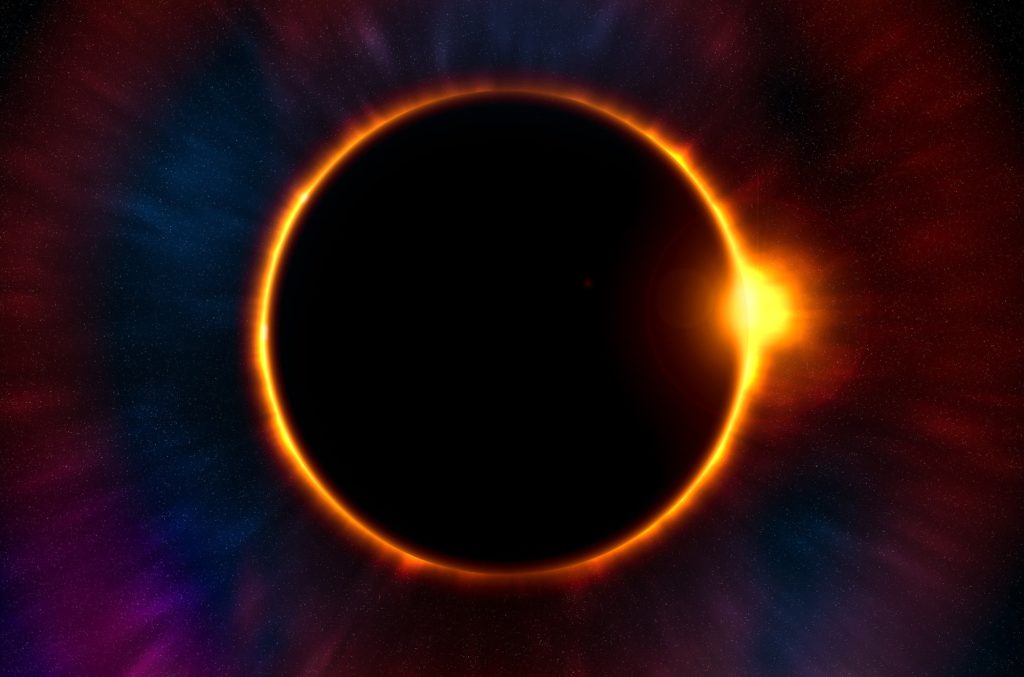 March starts with a New Moon at 11 degrees of Pisces. The Sabian Symbol for 11 degrees of Pisces is: “Men traveling a Narrow Path, seeking Illumination.” This symbolizes the capacity inherent in each of us to seek at whatever cost, entrance to the transcendental realms of reality. And for certain spiritual understanding is a steep, narrow and often lonely path, yet paradoxically the pot of gold we find at the ’end’ of this particular rainbow is one of Oneness.

Pisces is the last sign of the zodiac and within it lies all that has come before. This makes a New Moon in Pisces capable of fulfilling whatever needs must be met to ultimately let go.

Pisces is the sign of letting go, the dissolution of structures, the dissolving of boundaries, all so that we may experience the oneness. Often strong Pisces placements in a chart indicate escapist tendencies, such as drug and alcohol addiction, yet any addiction that creates a sense of escapism will fit the Pisces Bill. Ultimately however, any addiction is simply avoidance, an illusion of oneness. Letting go is no simple matter and we need to be totally aware as we move into that space of surrender.

Within the realm of Pisces we let go of our individuality, something many of us have fought long and hard to find in the first place! Yet there is no fighting the tides of the Great Cosmic Ocean, in the end we all end up there. The miraculous thing however, is that within the ultimate let go, lies the seed for rebirth, which we experience in Aries. So the letting go, for most of us is not a permanent state, it is a transitory one, as we evolve through growth and death over and over again.

This New Moon in Pisces is conjoined Chiron. Chiron is an asteroid that has been in Pisces since 2010 and will be there until 2019. Chiron is the archetype of the wounded healer and symbolizes the wound that will not heal.

Last in Pisces during the 60’s, Chiron has a 52 year orbit around the Sun. The wound we experience in Pisces is separation from source, abandonment by God. Separation from Source is the ultimate illusion, for even though we are encapsulated within bodies, we are all of the same stuff! All is Source, there is no separation, except that which we think there is.

Of course patriarchal religion wants us to believe that God lies outside of us, and that in fact only mind and spirit will ‘know god’ the flesh, which includes our emotional bodies are separate and sinful. Part of the journey of those with Chiron in Pisces (as well as the Pluto in Virgo Generation 1957-1970) is to heal the split between body and spirit, to prove false, the Garden of Eden Myth, which denigrates the feminine, the earth, and the emotional body.

A trine to Jupiter in Cancer, to this New Moon, opens potent channels of energy, helping us to heal wounds created through growing up in families that structured reality based on the lie of separation. Who are these families? Pretty much all of them. It is not about blame, it is about awareness and once we have that awareness, it’s about choice. We can’t chose between two options if we don’t know they exist. Yet once we know, we cannot un-know and there in lies the challenge of this New Moon.

Neptune, the ruling planet of Pisces, is also conjoined this New Moon in Pisces. Neptune is the consciousness of Source, which we know contains All that Is. This empowers this New Moon even more to let go of whatever lies between you and the Love of God/Goddess/All that is.

Do not fear the Oneness, open your heart to the possibilities of the ultimate Let Go and let spirit take the rudder. You will find yourself refreshed, renewed and ready to be reborn.

Posted in Blog, Chiron in Pisces