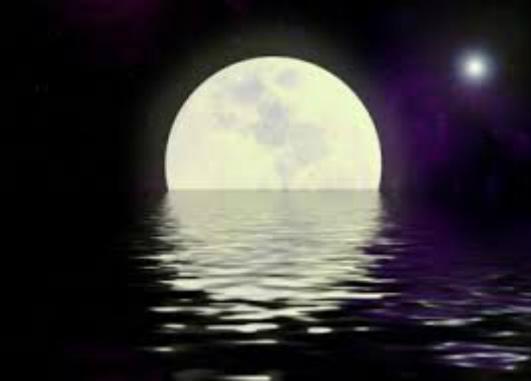 Each month the Sun and the Moon meet up. This conjunction is called the New Moon and it the starting point of the lunation cycle (the geometrical relationship between the Sun and Moon along the 360 degree circle.) New Moons are always seed times, the moment when we can seed our intention for the upcoming month. Twice a year the New Moon will also be a solar eclipse. This is when the Sun, Moon and Earth all line up in such a way that the Moon can obscure the Sun (in the case of a solar eclipse) or the Earth sits between the Moon and Sun and the Moon blotted out from the sky (in the case of the lunar eclipse.) To further complicate matters, the eclipse can either be a North Node eclipse or a South Node Eclipse. This depends on where the transiting nodes of the Moon are. (Eclipses can only occur within 16 degrees of the nodes.)

In August of 2012 the transiting (moving) nodes of the Moon moved into Scorpio and Taurus, the North Node in Scorpio and the South Node in Taurus. The North Node of the Moon indicates the way forward, the direction of our collective evolution. In Scorpio we are being asked to move towards relating to others on an emotional level, to be willing to change and transform and to examine our own shadow, among other things.

This New Moon Solar Eclipse is a South Node Eclipse and asks us to let go of whatever it is that keeps us from letting go. Taurus is the sign of survival so the letting go that is required can feel like life and death. “If I let go of this _____ (fill in the blank), I will die.

The Nodes of the Moon deal with our emotions and our sense of self-image. This is our personality, the persona we define ourselves by. This makes it difficult to let go. It’s like the the old saying “it’s better to stay with the devil you know, than the devil you don’t.” Yet our Soul, the eternal and immutable part of our self, pushes on the personality, which is an transitory emotional/mental construct, to evolve. That is why on a very basic level we cannot ever seem to be satisfied with what we have, what we are, and will often no matter how much we feel we are where we want to be, will put a fly in our own ointment.

This New Moon/Solar Eclipse has the majority the personal planets, Mars, Mercury, Sun and Moon in Taurus. Only Venus is in another sign, the sign of Gemini. This is important, because the ruler of Taurus is Venus so Venus is a powerful player in this eclipse.

Venus is the sign of the feminine, the yin to the yang of Mars. In Gemini we are dealing with ideas and on a certain level what we are being required to let go of are our ideas. It may feel like we are being asked to let of of much more than that, but in truth our mental point of view goes a long way to creating our world. In recent days, here in the United States, we had the freeing of three young woman who had been kidnapped and used as sexual slaves by
three middle aged brothers. They had been imprisoned in a run down house in Cleveland for a decade. This is a very concrete example of being released from the chains that bound them. The fact that they were women (Venus) and taken as children (Gemini) furthers the synchronicity. A deep examination of how we treat our children, especially our female children is a needed. As is much healing for those brave young souls who survived such brutality. Aren’t we better than this?

Since the Nodes moved into Scorpio/Taurus followed by Saturn, the planet of reality, moving into the sign of the shadow, Scorpio, we have been facing our shadow in very real ways. And it seems to this astrologer that it our children that are being spotlighted. The Newtown shooting of elementary school children and their caretakers by a mentally disturbed teen, the Boston Marathon bombings by two young men and now the young women in Cleveland. Survival depends on our children. To make the world a safe and viable place for them, is the path we must tread. Yet how can we ask them to love and not bully each other when everywhere they look adults are hurting each other and exploiting and poisoning the planet where these children are expected to live?

Let’s give these kids a chance by being examples of loving kindness and responsible stewardship. This truly is a life and death moment so let’s choose life.