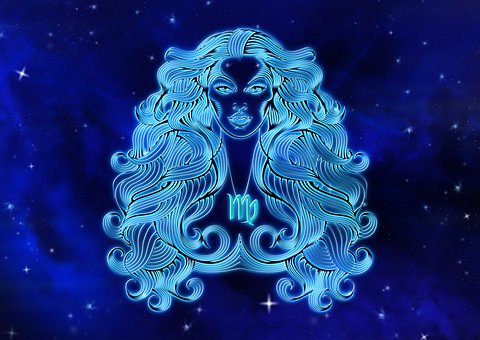 The Month of September has two distinct energies, from September 1st up until the New Moon in Virgo on September 15th, things seem to be finally slowing down a bit after a long and transformational summer. We may feel we have our feet back under us, or at least we know where our feet are! We have been through many challenges, some personal some collective and like most people we look around us and see what is still here, grateful for what has been spared, wistful or in some cases, relieved for what has passed out of our lives.

The transformational shifts that have been ‘rocking our world’ are not over, not by a long shot. We will continue to feel the earth shift beneath our feet. For most it is metaphorical shift, for others it will be an actual earth shift. Either way there will be no denying it’s continued influence in our lives.

This New Moon heralds in the next wave of change. Not unlike the May 20th eclipse in Gemini that was the proverbial sounding bell for the wave of transformation we experienced through June July and August, this New Moon does the same for the second wave that will hit the shores of our lives.

These waves, seven in all, from June 2012 until March 2015 are powered by the historical Uranus Pluto first quarter square that will be activating during this time. Squares are always Crisis times and this Crisis is a crisis in action. There is a feeling that we must do something and that our survival depends on it. This feeling is an accurate one.

The signs these two transpersonal planets are occupying, Pluto in Capricorn and Uranus in Aries are Cardinal in nature, meaning that they are about starting something new. Often the energy of the Cardinal signs can be best described as ‘two steps forward, one step back’. We rush ahead with a great surge of energy, only to become somewhat disoriented by what we have rushed into. We take a step a back, still in new territory, yet not so foreign as to be totally at a loss. And so the energy of this time is evident in our lives just in this way. No matter what, as long as we are making forward progress step by step, we are doing OK, even if it doesn’t feel that way.

This New Moon in Virgo, the sign of ‘step by step’ is a valuable reminder that it is best to ‘chunk it down’. Looking at what lies ahead of us can be overwhelming at best. There is no other sign more willing to put their nose to the grindstone and take the steps necessary to ‘fix what needs to be fixed’ in a methodical and practical way. By taking things one step at a time, with a mindset that questions, ‘is this necessary?”, ‘is this useful?, does this serve those who need to be served?. We can move through this time of upheaval.

It is also important to keep the big picture in mind. The big picture I am speaking of is the one we most associate with Virgo’s opposite sign of Pisces. “We are all in this together.”

As with any zodiacal sign it is the balance of opposites that help to express the highest vibrations of that sign. Virgo without a healthy dose of Pisces can become caught up in details and become critical. Pisces offers a bigger picture, in fact the biggest of all, we all come from Source Energy, we are all part of the same thing. Pisces also allows the often critical Virgo to forgive the imperfections of others. No one is perfect and yet it is all perfect as it is. On the other hand Pisces would never be able to bring it’s compassion down to earth without Virgo.

This New Moon in Virgo is also the first New Moon since the nodes of the Moon shifted signs. In astrology the Nodes of the Moon point in the direction of our future (North Node) and what is needed to be released (South Node). On August 30th after 18 months in the signs of Sagittarius (North Node) and Gemini (South Node) the nodes moved into Scorpio/Taurus (NN/SN). This shift points the way forward. Scorpio is about the sharing of resources, Taurus is about survival and getting stuck in our comfort zones. It is not easy to let go of what we have become accustomed to, yet we are required to do just that over the next 18 months.

Whether we like it or not the way forward will require some sacrifice as the old paradigms collapse and the New Earth is born. This New Earth is one based on inclusion and on respect for Mother Earth and the sacredness of her resources (body). This is the time to build the structures for this New Way of Being and Relating that was seeded during the mid 60’s. How easy or hard it will be depends on our willingness to let go of the old and embrace a new more integrated way of being.