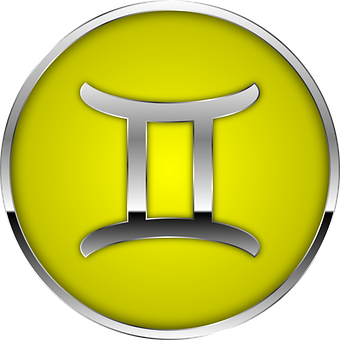 New Moons are the beginning of the lunation cycle which is the cycle of the Moon and it’s angular relationship to the Sun. The Sun is the center of gravity in our solar system and the center of gravity in our lives. Your natal Sun sign is the point that draws everything to your center. It is the point of awareness in the within the circle of your life. Even the un-initiated into astrology probably knows something of their Sun sign, it’s as easy as describing your most obvious attributes. A Cancer Sun might declare themselves as “the Mom” or the nurturer, while the Capricorn might say, “I’m the boss” or “I’m in charge.” Yet we are complex creatures with many facets, that is where the rest of the planetary picture comes in.

This New Moon is in the sign of Gemini, in fact the New Moon happens just hours after the Sun moves into the sign of Gemini on May 20th Gemini is about communication, curiosity, and the interaction with our environment. As the sign of the twins it points out the simple fact that we live in a world of duality. It is one of Gemini’s ‘jobs’ to compare and contrast things, to classify, and separate things out into their categories. Gemini is an air sign and works on the mental planes. Mercury, Gemini’s ruling planet has long been associated with thieves and liars, Gemini can have an amoral side to it. “Facts are facts“, the Gemini may declare, I’m only interested in the facts!. It the sign on the opposite pole, Sagittarius that determines the morality of things. Neither being amoral or moralistic is the way forward , however, all opposites must be balanced & eventually reconciled.

This New Moon is somewhat of a watershed moment, in this very astrologically active year of 2012. Change is in every molecule, we are poised for something big and dramatic, yet most of 2012 so far, has been of more introspective and of a personal nature. Lots of re-evaluation, letting go, de-cluttering of our lives, perhaps all this hoopla about 2012 was just that, another Y2K perhaps? Rest assured fellow stargazers this is not the case.

This New Moon is also a Solar Eclipse, when the Moon moves across the face of the Sun. Astrologer Dane Rudhyar stated that when the Moon, which symbolizes the past, moves over the Sun which symbolizes the future, we get to see the past clearly. Another indication that we will be working with the past is that this particular eclipse is an eclipse of the South Node. The transiting nodes have been in the signs of Sagittarius (North Node) and Gemini (South Node) since February of 2011. The Nodes indicate the direction of our evolution, the North Node points the way forward & the South Node informs us of what needs to be let go of. A New Moon Solar Eclipse at the South Node requires us to let go of the mental constructs from the past, that no longer serve our evolution.

The most significant aspect in this New Moon chart, is a square to the Sun/Moon and nodal axis by the planet Neptune. Neptune moved into Pisces in February for a 14 year run in the sign of it’s rulership. When a planet is in the sign it rules, it becomes a very potent player. Neptune is an outer planet (Uranus & Pluto are the others) and works from a very subconscious place. Like the other outer planets Neptune’s energy pushes the evolutionary envelope. In the case of Neptune the evolution is spiritual. Where as Uranus is mental evolution and Pluto is emotional evolution.

The energy of Neptune is one of dissolving. Neptune dissolves the boundaries of separation. Squares are always indicative of crisis. A square to the New Moon & nodal axis portends that it is crisis that will create the atmosphere of having to let go.

Neptune can work through transcendence or through confusion. For some this will be difficult and so escapist tendencies will be prevalent. For others compassion will be the dominant reaction. A balance between this may be the best way for most of us to work through this energy. Escapism has it’s place, yet to remain there is counter productive and compassion is a high ideal most of us can’t maintain. It’s important to be present and compassionate, yet give yourself a break to regroup. Compassion for the self will be as important as compassion for others.

This square to the nodal axis will be an influence for the rest of the spring and summer. Other transformation energies are at play. Pluto and Uranus, the other two outer planets are getting closer to their exact square which occurs on June 24th and again on September 19th . When the planet of Death and Rebirth squares the Great Awakener, the fur will fly and our evolutionary imperative will be quite evident.

This New Moon is the ‘sounding bell’ of the great shifts that lie before us. It is important for us not to take these shifts personally, a certain amount of detachment will be necessary. Evolution in the context of this astrologer’s understanding is the movement towards oneness. The return back to Source, the place from which we all sprang, the Great Ocean of Cosmic Love. Neptune’s square to the nodes reminds us that the way forward is in recognizing and moving towards the things that unite us. We are all inhabiting this beautiful planet, we are all our brother’s and sister’s keepers as well as stewards of the planet. We have created the state of the world we find ourselves in and it is up to us to take the steps to create something better, something more loving. We must recognize that we are in fact our own saviors. We have the power within us to move this evolution forward in the direction of the common good. And that Power, is the Power of Love. Love each other extend a hand, accept a hand, we need each other to move through