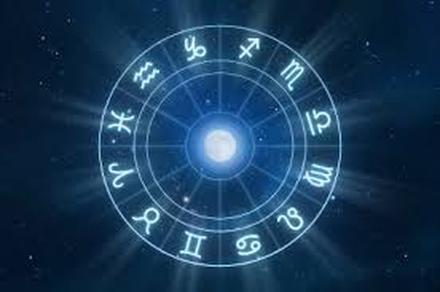 Astrology is the study of Natural Law. The connection between what happens in the heavens and the resultant shifts that occur within the arena of human endeavor. Through the practice of observation correlation, the energy formed by the interaction of planets stars and sensitive points along the elliptic create an admixture of energy that the seasoned astrologer attempts to delineate. More than a tool of prediction, which it has been for thousands of years, the true magic of astrology is the awareness of nature of the energy surrounding and within us. Cluing us into the waxing and waning cycle of becoming and letting go.

Collectively we have been reacting to and hopefully processing great shifts of transformational energy. There are many energetic patterns that have brought us to this point. Of all the interactions between heavenly bodies, the waxing square between Pluto the Planet of Transmutation and Uranus the Planet of Transformation is the major engine of change. Awaking with us the need to build structures within society that will work for the realizations born in the radical 60’s. Yet while the major bass note of change, not the only planetary energy creating the song of change that is sweeping across the world.

The spring equinox in the Northern Hemisphere (Fall Equinox in the Southern Hemisphere), that occurs on March 20, 2013, is a study in just how complex the energy can become. Yet what strikes this astrologer the most, is the connected-ness of all the planets and the asteroid Chiron in this chart. For the astrologers in the crowd, the Equinox chart contains 2 interconnected Yods, one Grand Water Trine and a Cardinal T-square. For the rest of the readers, these are planetary patterns that point to significant shifts in energy, frustrations and available power.

The Equinox is the point of balance when night and day are of equal length. Within that energy of that moment lies the theme on how to foster that balance. In order to see how that is possible we need to look at the energetic patterns within the chart.

The grand water trine consists of the Moon in Cancer, Saturn in Scorpio, and Chiron and Mercury in Pisces. Trines are powerful aspects yet unless we consciously access the energy, we can loose out on a golden opportunity. This trine allows us to access our emotional nature, especially that which has been wounded. It is through our wounds that we react to situations. Without conscious awareness of the nature of those wounds, we are bound to repeat the pattern that continues to wound us. With Chiron in Pisces and Saturn in Scorpio, sexual wounding especially as children (Moon in Cancer) is very close to the surface. Many Catholics are dealing with these issues as the depth of the abuse of power and institutional secrecy surrounding the sexual abuse scandal in the church comes to light.

The grand trine is connected to the cardinal t-square through the Cancer Moon. A very sensitive and powerful placement for the Moon. The Moon is opposite Pluto in Capricorn, awareness of power and powerlessness as well as the awareness of the abuses of power by those in charge and the wounding that it causes. This can be seen personally and collectively. In a mundane chart the Moon symbolizes the people. And the people are very concerned with issues of survival, food, clothing, shelter and the safety of their children. We can see this on the extreme end when we bear witness to the plight of the Syrian people as they attempt to break free from their current repressive régime.

The last point of this cardinal t-square is the planets that square both the Moon and Pluto. This is the energy that breaks the standoff energy of the Moon/Pluto opposition. Mars and Uranus, both in Aries are at the head of this t-square. The energy of initiation and the energy of radical change ignites in an often explosive combination. The drive to be free to be who we were born to be, free of societal constraints is very much the vibe. Yet we must look to the open end of the t-square for guidance in these matters. The open end of this t-square is Libra the sign of fairness and balance. So ultimately the driving force of this configuration is equality and fairness and not merely wanton destruction.

Lastly we look at the 2 interconnected yods. Yods are aspects of adjustment. Despite the explosive energy of the cardinal t-square and the ease of accessing our wounded-ness via the grand trine, ‘blowing the whole thing up’ is not the way through this time. The Yods, also called the Finger of God or the Fickle Finger of Fate points to the need to make incremental changes. We will need to make consistent effort as we exercise discernment and make sacrifices. We are being required to look realistically at the resources available to us and stop acting from an unconscious place and wake up to the truth. We must realize we are all in this together and unless we begin to examine the wounds that create separation our survival is doubtful.

Whether they know it or not, the powers that be, who base their power on the few controlling the many, no matter how the many suffer, will fall. For the truth is that each soul matters, We are witnessing the rise of the feminine, as our female/emotional/intuitive nature stands toe to toe with our male/ linear/logical mind. This is the promise of balance the equinox holds. Self empowerment through balancing of our male and female sides.

We stand at the crossroads with the power to destroy ourselves or save ourselves. It is our responsibility and our choice.