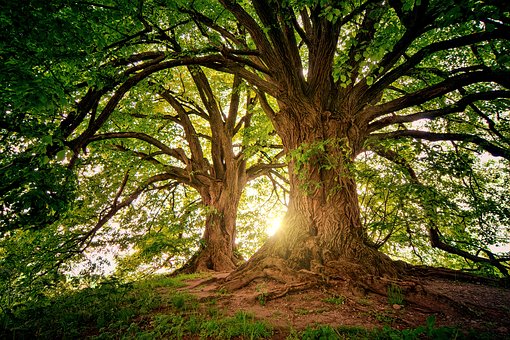 The Sun’s ingress into the sign of Aries marks the start of the zodiacal year and in the Northern Hemisphere it coincides with the first day of Spring (First day of Fall in the Southern Hemisphere). At the equinox the day and night are of equal lengths. For those of us who experience this time as spring the days start to lengthen and nature begins to wake up after it’s winter slumber.

The energy of Aries is initiatory and instinctual, the seeds that have been germinating beneath the Earth start to poke up through the ground as the landscape turns from browns and grays to green. So as the Sun inhabits Aries we too feel the stirrings of the new, the promise of spring as the seeds we have been germinating over the winter begin to poke out of the metaphorical ground that is our life.

This Vernal Equinox is somewhat muted however, the get up and go we experience at this time is a bit slow starting. One reason, among many for this is that the ruler of Aries, Mars, is in retrograde motion. This apparent backward motion of the Red Planet in the sky, takes the point off of Aries sword. The normal “fools jump in, where angels fear to tread” modus operandi of Aries is ‘off line’. With Mars retrograde we are being asked to look before we leap and to practice considered action. And with Mars in the sign of Virgo, we are also being asked to clean up the details that still need cleaning. It’s almost like this time around we have to act with maturity, instead of childlike folly.

The chart for this Equinox has a Moon in Pisces, the sign before Aries and the last sign of the zodiac. The Moon symbolizes our emotions, so although our heads may be looking to the future our hearts remain in the past. There are emotional issues that we are still working through. So as the Equinox chart is one that carries it’s influence throughout the season, Spring will be balanced between moving ahead and looking back. We cannot expect a different world if we continue to be driven by the same emotional wounds we’ve had in the past. This is not merely an opportunity to heal the past, it is an imperative.

Besides the Sun being in Aries, both Mercury and Uranus are in Aries, tightly conjoined to the Sun. Mercury is our left brain, our conscious mind, Uranus is our individuated unconscious. Uranus holds the keys to the past, both our most recent past (that connected to the present incarnation) and our past lives. It also contains the blueprints to the future. So flashes of intuition are bound to come through, memories, visions and the like pop up like Jack in the boxes, surprising us, scaring us & in some cases delighting us. These flashes have somewhat of a destabilizing effect to the generally ordered left brain. It is important to let these flashes move through us and not get into fear concerning their meaning. Evolution unfolds in it’s own time. Although it’s fair to say that evolution is on the fast track. Keeping centered during this process is a challenge, yet it’s a challenge worth taking. Some of these flashes can create crisis, which always brings us into the present moment. If we practice presence already it may not be necessary for the crisis to occur.

The grand earth trine that has been in effect for much of March continues to influence us this spring. There is powerful energy of manifestation available to us, however there is a caveat. The caveat being, that if we want to bring abundance into our life, we must be willing to let go of past emotional patterns that tie us to our wounds. A hand that is closed cannot receive, and so we must first let go to gain.

The last thing to mention is that all the personal planets (Sun, Moon, Mercury, Venus & Mars), those planets that deal with our everyday mundane existence, are being influenced through aspects to the Transpersonal Planets (Uranus, Neptune & Pluto). The Transpersonal planets also called Ambassadors of the Galaxy by seminal astrologer Dane Rudhyar, bring the unconscious evolutionary forces to bear upon us. There is not a single part of our lives that is not being touched by these transformational forces. There is no fighting this shift, we are here to bear witness to it, move through it, and work with it.

Through acceptance of what is, we can help ourselves at this very transformative time. Evolution will occur with or without us, we may as well go with the flow and ride the wave of change, instead of getting pummeled by it’s fury.