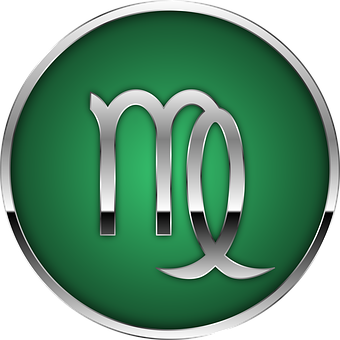 The Spring & Summer of 2011 have been seasons fraught with radical shifts; from the Arab Spring, to the magnitude 9.0 earthquake, tsunami & resultant nuclear meltdown in Japan; to the union busting shenanigans in Wisconsin & the manufactured crisis of the debt ceiling in Washington; to the riots in London & Palestine & the almost innumerable weather disasters; flood, tornados, wild fires, drought; the very fabric of our lives seems to be unraveling. Those of us lucky enough to be relatively unscathed, watch in wide-eyed disbelief, as one crisis after another drives home the issues we face in this interconnected global village of ours. We can no longer close our eyes to what is going on & yet the sheer magnitude & multitude of tragedy after tragedy overwhelm us. What can we do?   The last New Moon (July 30, 2011) in the sign of Leo, asked us to access our connection to higher realms (Higher Self, Higher Mind, Soul, Cosmic Mind, Great Spirit, Source Energy) to begin to consciously co-create our future. This latest New Moon at 5+ degrees of Virgo (August 28th-29th, 2011) is where the rubber meets the road.   Leo is about creative self-expression & Virgo is about the practical application of our creative spark. Virgo is a mutable earth sign, interactive & practical, its purpose, to a large extent, is to discern what fruits are worth moving forward with & what fruits are useless & need to be discarded. Separating the wheat from the chaff is a vital function of Virgo. Many depictions of the sign of Virgo is a young woman, presumably virginal (uncorrupted by relationship with the ‘other’, which occurs over the next 2 signs, Libra & Scorpio) holding a sheaf of wheat. It is Virgo’s function to harvest that which is useful.   In the New Moon (NM) chart, the ruler of Virgo, Mercury, is in the sign of creative self expression, Leo. Fresh off it’s retrograde phase (August 2nd- 26th) which began at 1 degree of Virgo & retrograded back into Leo where it spent the majority of it’s time, many of our inspired ideas, for those who chose to use the retrograde period as a time for introspection, rather than frustration, have been tested in the realm of the mind. Now with the Sun & Moon in Virgo these thoughts can be acted upon and made manifest. Not all of them will make the cut.Mercury in Leo is in aspect to both Uranus & Pluto. It is the square between these two outer planets that has been the engine of the winds of change that have been blowing so fiercely since 2010 & will continue to do so well into 2015. This particular aspect to Mercury from both Uranus & Pluto is called a sesquiquadrate or a sesqui-square (135 degree aspect). This relatively rare planetary configuration between three planets where two planets square (Uranus/Pluto) and simultaneously create a sesquiquadrate with a third planet (Mercury) can bring up the worse aspects of Mercury in a fire sign. According to Bil Tierney, in his seminal work on planetary aspects called Dynamics of Planetary Aspects “sesquiquadrates create an anxious effort to prove one’s significance through immature & self indulgent expression…an exaggerated self expression with the tendency to ignore or indirectly defy restraints imposed by the environment.” There will be lots of posturing by those who feel as if they have all the answers, so it looks like Virgo has her work cut out for her on this New Moon cycle.   To aid the potentially over-worked Virgo, there are many helpful aspects to this New Moon. The Sun/Moon are conjoined Venus in Virgo. Venus is the lesser benefic because of the beneficial influence she has on other planets she is in aspect to . Venus in Virgo is a shy position for the planet of Love, self-effacing, somewhat self-critical but always helpful. Venus in this sign is discriminating, which can act as a counter balance to the over-inflated Mercury in Leo.   The New Moon is also inconjunct (150 degree aspect) to Uranus in Aries. A mental adjustment is necessary. We are being nudged to break free from fear, anxiety, self-doubt, all negative Virgoan qualities. There is also an opposition to Chiron in Pisces which asks us to be aware of the highest aspirations of Virgo, service to others & service to humanity.The New Moon is also trine Pluto in Capricorn & Saturn in Taurus creating a grand earth trine. This gives us access to the transformative power and inner resources we may have not been aware we possess, but are none the less there. This energy can be utilized to fundamentally transform the structures of our lives, based on the resources available. This power can be used physically to release all the “things: we have been holding on to that bog us down.   This Virgo New Moon require us to roll up our sleeves and reminds us that we are the midwives of our creations, with discernment & humility we can collectively birth a New World.