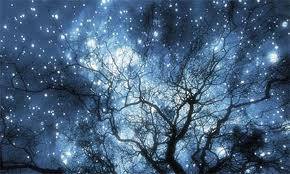 The first day of Winter in the Northern Hemisphere arrives on December 21st this year. This is the time when the Sun moves into the sign of Capricorn, heralding the shortest day.

The sign of Capricorn is a Cardinal earth sign, meaning it is initiatory and practical. As the sign ruled by Saturn, it deals with the structure of our reality. This includes the structures of power within our society in the guise of government, large corporations, banks, and all those organizations that create the bedrock of social order. Yet since 2008 when Pluto the planet of death and rebirth moved into Capricorn, the structure of reality has been going through a necessary transformation. Add to this Capricorn’s ruling planet Saturn, moving into Scorpio in October of 2012 and remaining there for 2 1/2 years, further dissolving the structure of reality. We find ourselves in the midst of a cultural transformation we haven’t seen since the mid 60’s.

The chart for the Winter Solstice, drawn for Washington, D.C. puts the Sun at the top of the chart, at the end of the ninth house. The 9th house is the house of beliefs, philosophy of life, natural law and truth. The Sun always acts to illuminate and as the seasonal cycle is a solar one, the location of the Sun in the Solstice chart is of paramount importance.

What are our beliefs around power, who possesses it and why? Does power lie within us or outside of us, keeping us under the yoke of submission? Where does mother nature figure in all of this? And who is telling the truth and how do we know that?

The Solstice chart also has a cardinal T-square between Pluto and Uranus, just newly out of exactitude of thier November 1st, square, and Mars in Libra. T-squares drive action and the action it is driving is one of initiation. This T-square will eventually turn into a Cardinal Grand square in 2014 when Jupiter now moving retrograde in Cancer will fill in the missing side and Mars starts it’s biennial retrograde cycle in Libra. Whatever is initiated at the time of the Solstice will be tested in 2014.

As the light slowly returns and the days grow longer, so does the promise of a new way of being, a new way of structuring our reality, based on that which is most dear to our hearts. It is each of us that is responsible for creating our reality. Capricorn is the sign of taking responsibility. It’s time we do just that. No more excuses, no more playing the blame game. The government, corporations, banks, whatever the structure is built on people, all with the same choice. Let’s stand in the light, leaving the past behind and building a future on what is true and in harmony with Mother Nature and the natural order of life. If not us, then who? And if not now, then when?